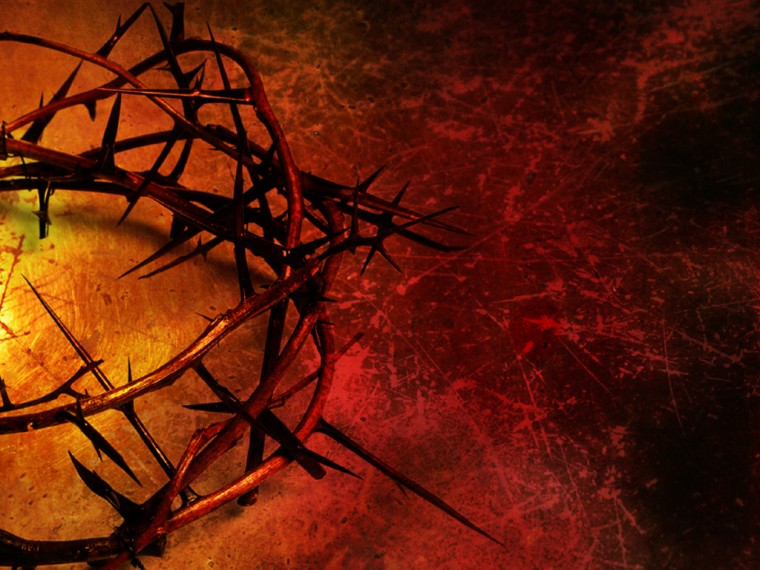 It’s amazing sometime how quickly life can change. We live in a face-paced and busy world, and the life we live can be very unpredictable. Circumstances can change, people can change, and of course we all know how quickly the weather can change. But, with sudden change often comes a sense of uncertainty or insecurity. For the most part, people like things to be the same and to know what to expect. When circumstances or people rock our world, we often worry and fret, or—even worse—we become angry and unhappy.

Most likely, no one ever experienced a greater change than Jesus did on His way to the cross. Just a week before, as He entered the city of Jerusalem, He did so to the applause and accolades of the people. People were throwing palm branches before Jesus as a way of recognizing His royalty, and they were clamoring to make Him a King. They were doing this because Jesus had fed them with bread, performed miracles among them, and because they had an expectation that He would become their king and deliver them from Roman rule. However, when Jesus made His intentions clear that that was not why He came, and that He intended a different kind of deliverance, everything changed in a moment’s time. The fickle crowd turned from Jesus, and the religious leaders seized on this opportunity to slander and falsely accuse Him. A plan was set in motion to have Jesus betrayed and to be forcibly taken by the Roman government. In the minds of the people, Jesus went from potential King to crucified criminal in a very short time. His world and experience changed in an incredibly fast and amazing way.

However, in the midst of such change, Jesus himself was unchanged. He had His mind firmly set on accomplishing His Father’s will, and His heart toward the fickle crowd never wavered. He loved them when they viewed Him as a hero, and He loved them when they vilified and abandoned Him. Jesus did not allow what was happening on the outside to negatively impact His heart. He trusted in the providence and love of His heavenly Father so much that He never was concerned about the changes around Him. His security was found in the promises and plan of His Heavenly Father, and His heart and attitude were not altered by a changing world.

We can learn a great lesson from Jesus and His conduct and character during this week of incredible change. That lesson is simply this: Even though the world around us changes, our faith and trust in God should not. If we place too much emphasis or priority on the things of this world, then our hearts will be troubled when those things change. But, if our hearts and affections are set on God and the things of eternity, then the shifting change of this world will have little impact on us. We will be able to maintain a steadfast joy, a positive disposition, and settled trust even when things around us change. The truth is that in a moment our world may change, but our God and His purposes for us never do. He is always watching over us, cares deeply about us, and He promises to never leave or forsake us. Because God is constant and sure, we can be as well. That is an important lesson we can take from Jesus’ last days on this earth.

Please note: I reserve the right to delete comments that are offensive or off-topic.