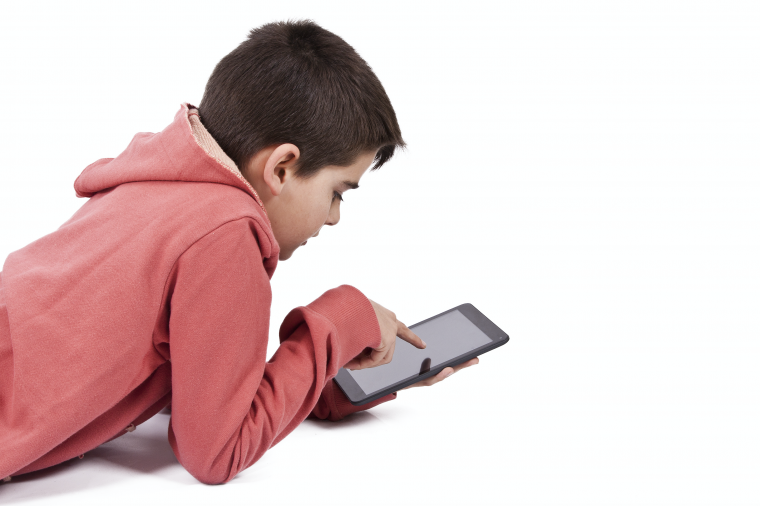 According to recent research, children ages 8-18 are spending more than 7 hours a day in front of an electronic device of some sort—whether it be a computer, iPad, smartphone, television, video game system, or anything else. According to a new study by the Kaiser Family Foundation, “The average kid sponges in 2.5 hours of music every day, almost 5 hours of TV and movies, 3 hours of Internet and video games, and just 38 minutes of old-fashioned reading.”

Yes, we live in a tech-saturated world. Most kids cannot even imagine a world at home, school, or anywhere else without some sort of device within arms reach, and it’s having some incredibly negative effects on their emotional, intellectual, and physical well-being.

Do you remember when we were kids? We would come home from school and play in the back yard or ride bikes with our friends. Nowadays, kids want to plop on the couch and transform into a media garbage disposal for hours at a time. Is this really the best outlet for our kids?

If you ever fear that your kids are spending too much time in front of their gadgets and wish that you could motivate them to do something else, here are some ideas.

1. Pay them to do something more productive.

Yes, that’s right. Pay them to do something more productive with their lives rather than binge-watching Youtube or Daniel Tiger’s Neighborhood. For example, you could pay them to read a book. Why not choose what books you want your kids to read, and then tell them once they’re finished, you’ll pay them $10 (or whatever amount you choose). There are some great books out there that this generation may never even know existed. What better way to motivate your kids to read than to pay them to do it?

It doesn’t have to be reading. Pay them to do anything that would be more productive than sitting in front of a screen. You could pay them for learning to ride their bike, learning to fix the car with dad, or cleaning around the house—the list could go on!

2. Show them how much fun you can have doing other things.

Sadly, one of the biggest reasons our kids have become device junkies is because they have some amazing examples to follow—mom and dad. If your family time consists of everyone sitting around the living room doing their own separate things on their own devices, including mom and dad, then who’s to blame?

More than our kid’s desire to spend time on their devices, they are craving to spend time with us. Your kids want to have fun with you, but the problem is that we often don’t want to have fun. Let’s be honest in admitting that there are nights we would rather sit on the couch and sit in front of a screen ourselves than go outside and play catch with our son, or take a walk with our daughter, or build a fort with the kids to protect ourselves from “the bad guys.” I believe that if our kids saw how much fun they could have doing other things, then they would be more motivated to do them, and nothing is more motivating than when mom and dad participate in the fun.

3. Just remember, you are the parents.

We are the ones God has chosen to lead our families. We have the right to tell our kids what they can and cannot do. We can set time limits on their device usage. We can lead them to do what we think is best for their well-being. We can even enforce consequences when our expectations are not met. We can parent them in doing more productive things with their time. When parents provide even minimal media guidelines for their kids, it decreases their media consumption by as much as three hours a day! Unfortunately, only one third of kids say that their parents put any limits at all on their media usage.

Author Paul David Tripp points out, “You are God’s agent of change in your child’s life.” God gave you to them to shape and mold them into the people He wants them to be, and God gave them to you because He considers you trustworthy of such a task. I’ll be the first to admit that I enjoy the devices that our family owns as much as anyone else, but as the parents, we always have to be the ones in control of our devices—not the other way around.

A Book Recommendation By Daniel Fleet 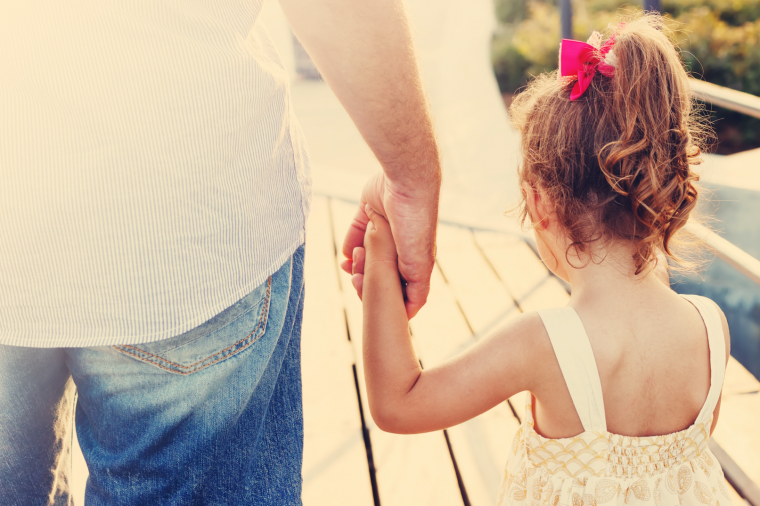 Being a perfect dad is impossible. Being a good dad isn’t. But for most men being a good dad doesn’t come naturally. It takes hard work, determination, grit, and a lot of prayer. I have two young daughters that I adore and I remind myself frequently that I only have one shot at raising them. I’m not a perfect dad but I want to be the best dad I can be for them. Several men at church told me I needed to read Strong Fathers, Strong Daughters by Meg Meeker. I recently finished it and thought it was an excellent book. Meeker is a pediatrician who has twenty years counseling young women and weaves stories throughout the book help make the truths she presents applicable.

Our culture is at war with femininity and it is pulling the very best out of our girls. It’s a cruel world and it’s a dad’s job to stand in the gap between his daughter and the world and be the warrior who fights evil. I may have dramatized this a bit but it’s the way I feel and most men like to be called warriors (including me). Meeker (2006) writes to dads, “We have a popular culture that’s not healthy for girls and young women, and there is only one thing that stands between it and your daughter: You” (p. 28). The most important man in any daughter’s life is her daddy.

If you’re a dad and you have daughters under the age of 18 you need to read this book. I want to encourage you to set aside some time to sharpen your dad skills and become a better version of the dad you already are.